With a year-on-year sales increase in the shops of over 20%, the popularity of raspberries has never been greater. This increase in berry sales may be due to several reasons, not least of which are the health benefits. Raspberries contain a high level of anti-oxidants, fibre and vitamin C and are linked to reducing heart disease, maintaining healthy blood cholesterol levels and contributing to a strong immune system. They also taste fantastic and with sweeter varieties being bred that are increasingly appealing to the British palate.

Pomona Fruits sell a range of popular raspberry varieties for the home gardener and are delighted to add two new varieties to their range. Both are supplied as cell grown plants, a process that is becoming increasingly popular with home gardeners.

Erika is one of the best high yielding autumn fruiting primocane raspberries to be released. The large orange-red berries ripen between July and October and once picked will remain firm. They are much sweeter than most other varieties. 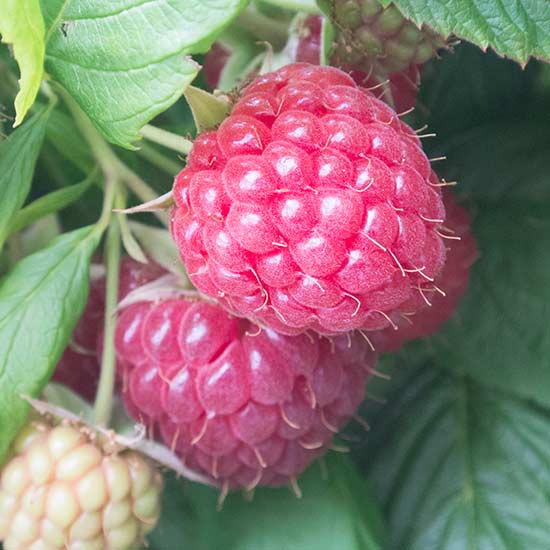 Tadmor is one of the latest ripening summer fruiting varieties cropping from early July right through until the early autumn. The bright red berries are very large, weighing on average 7g each and have an excellent flavour. Plant the cells in a sunny position and once established, the canes are virtually spine-free with a strong, compact habit.

The advent of cell grown raspberry plants is an exciting development in recent years as it opens up an opportunity for gardeners to grow raspberries who have previously experienced losses due to less than ideal soil conditions. It came about as a result of commercial growers wanting to minimise winter losses caused by trying to establish bare rooted plants. Cell grown plants are achieved by taking cuttings in March and April from the new growing tips of established plants and these cuttings are grown on in cells ready for planting out from mid-May to late June. As soon as these cell grown plants are received they are planted out in the warm soils of early summer (rather than the cold, wet soils of winter) and they will quickly get away and be ready to produce a crop the following year. Winter losses will be minimal as the plants will have their roots well into the ground. From the first fruiting year onwards cell grown plants are treated the same as bare rooted canes. 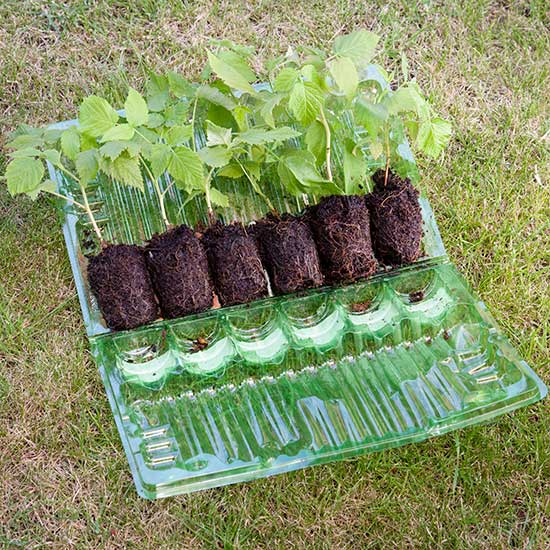